8MM MUSIK teams up with Anton Newcombe (The Brian Jonestown Massacre) to present 11 exclusive tracks from the Berlin Underground. 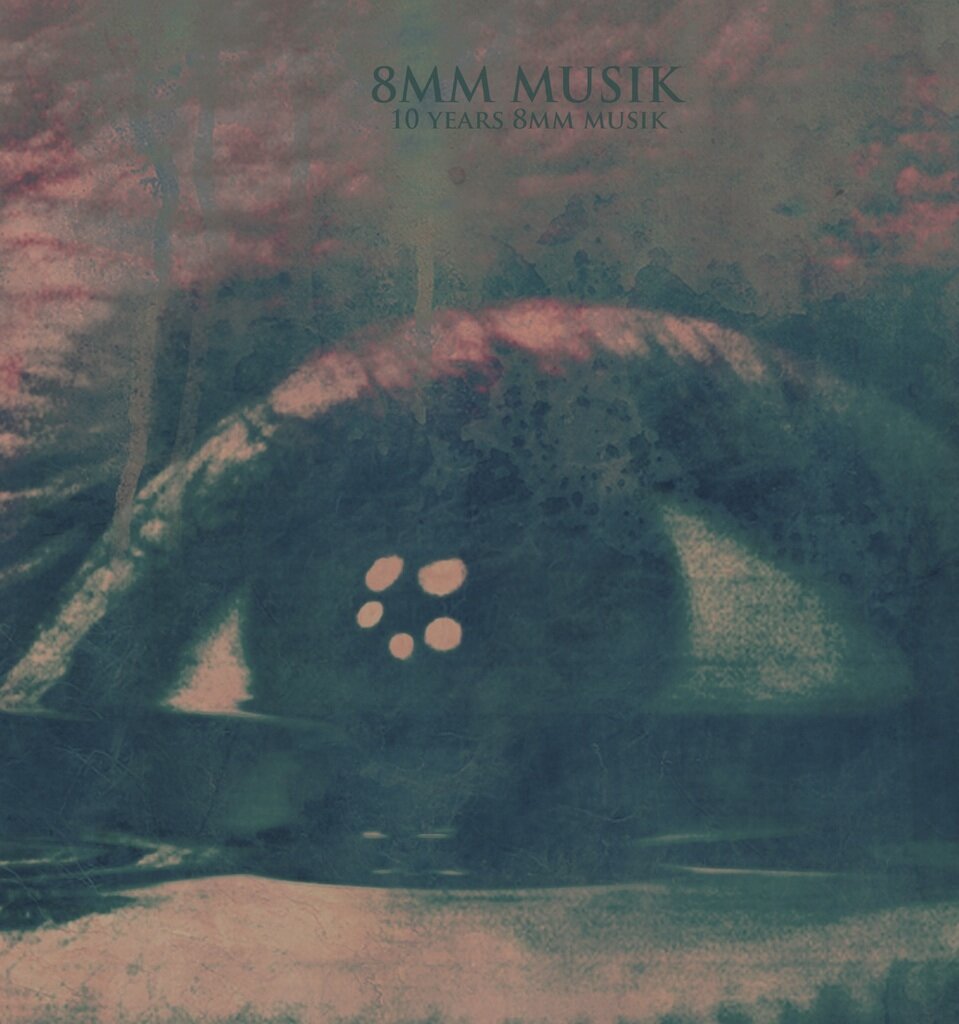 The 8MM Bar was founded by Alex “Olli” Konuk and Louis Trumpbour in 2002 and quickly developed a reputation as a meeting place for musicians from all over the world. 8MM Musik, the music label, was founded to nurture a niche music scene in Berlin, taking advantage of 8MM's growing international reputation to promote German, and particularly Berlin based bands internationally. Case in point, this record is being released worldwide in cooperation with Anton Newcombe’s UK based ‘a’ Recordings.

The labels “8MM Musik Night” serves as a platform to present exceptional original music from both Berlin and abroad, live, on a not-for-profit, all-money-to-the-artist principle.

This is 8MM Musik’s second compilation.

Camera: As a result of their penchant for spontaneous performances, whether in the streets  or sneaking in on official events, Camera have been entitled "Krautrock-Guerilla". Taking up the mantle of cosmic music and its legacy, the German trio have caught the attention of Michael Rother and Dieter Moebius who hence have supported the band on stage. Camera performed at an 8MM Musik Night in 2011.

Kadavar: Sabbath and Pentagram comparisons aside, few bands have done more in the past 2 years to put Berlins original rock scene on the map than Kadavar. 8MM Bar's barkeeper Christoph ‘Lupus’ Lindemann continues practicing his voodoo with his three-bearded band, which has just released their second album: ABRA KADAVAR (Nuclear Blast Records). This is the follow up to their powerful and perpetually sold-out 2012 self-titled debut, whose record release party was held at an 8MM Musik Night.  Lindemann designed the artwork for this record.

Jack November: Jack November is the project of 23-year old artist Daniela Moos, who signed to 8MM Musik in 2012. Shortly thereafter, the singer-songwriter released her self-titled debut EP. Even before that, by word of mouth of her talent alone, she earned opening slots for Beach House and Soap&Skin. Characterized by a captivating angelic voice portraying enigmatic landscapes where light and shadow seem to merge, Jack November contributes a Nirvana cover to the compilation.

The Third Sound: Former Singapore Sling guitarist Hákon Aðalsteinsson, moved to Berlin from Iceland in 2010 and took up residence at 8MM, regularly DJing for the next 2 years, all the while developing the live incarnation of his own project, The Third Sound. The first album was released in 2011 by Anton Newcombe’s ‘a’ Recordings. The hypnotic post-punk influenced textures  of “For A While” intensify our anticipation for their forthcoming 2nd LP, “Destruction and Creation”

The Blue Angel Lounge: Since 2009 the connection between BAL and 8MM Musik has gone far beyond that of a conventional band-label relationship.  The Blue Angel Lounge has come to represent what 8MM Musik stands for, and conversely Blue Angel Lounges international success is unthinkable without the support of 8MM. The Hagen based band began as 6 piece  psychedelic outfit in 2006. With their second LP “Narcotica” (8MM Musik, 2010), they began subtly introducing post-punk elements to their melodic songwriting, and the intensity of Nils O’s vocal began to come to the forefront. The band have supported The Brian Jonestown Massacre across America, and the Dandy Warhols in Europe, and have a carved out a niche for themselves in record collections all over the world. Perhaps not surprisingly, they remain largely overlooked at home in Germany. ‘In Times’ was originally composed during the ‘Narcotica’ sessions.

Snøffeltøffs: Without pretension, the duo enriches Berlin's local scene by authentically bringing back the unconditionally guaranteed raw power and attitude of garage punk rock'n'roll. Having previously DJed and performed as a band in 8MM Bar, their very own self-proclaimed sound device "Lo-Fi, Hi-Fi - Shit-Fi-Garage!" expresses itself in a fuzzy and twirling two-man mayhem.

Sun And The Wolf:  New Zealand moved into 8MM Bar in 2008 when Peter Mangan of the Sun And The Wolf joined the team. Having freshly relocated from Auckland, and subsequently joined by Dino Gollnick of Ladytron on Bass, the band released their excellent debut album White Buffalo in 2011. The track “All We Need” was recorded specifically for this compilation, across the street from 8MM at the band’s studio.

The Brian Jonestown Massacre:  Founded by Anton Newcombe in San Fransico in 1988, the psychedlic indierock legends first vistied Berlin and 8MM Bar in 2006. Shortly thereafter Anton quite literally moved in. Having constructed his own studio nearby, he records day and night when not touring, and actively supports the local music scene by regularly DJing at 8MM Musk Nights.

Mystical Communication Service: Venezuelan artist Gianfranco Pasqualin, a.k.a. Yanezi, moved to Berlin with his brother Gerald in 2009, and has ever since been an active presence in Berlins music scene, frequently DJing at 8MM. As a band, MCS have been relentlessly gigging their blend of “gypsy-blues” throughout Berlin, effortlessly adapting their sound to large venues as well as to tiny cafes.

Suns Of Thyme: Founded shortly after having met at an 8MM Musik Night at Bassy in 2010, the Berlin based quartet quickly developed their own blend of psychedelic music propelled by motorik rhythms. ‘Cataclysm’ presents a taste of what’s to come with their debut LP, ‘Fortune, Shelter, Love and Cure’.

Fredovitch: The amazing Fredovitch (King Khan and the Shrines) moved to Berlin in 2009, and quickly became a permanent fixture, DJing regularly at 8MM and working at NEU! Bar. One of his most impressive projects, his One Man Band project in which he alone sings, plays guitar, bass, drums, keyboard, and sequences, created the perfect closing track to this soundtrack, “Welcome To Your Lands”. This version of the song was recorded with Fredovitch’s Paris based band, Kitchenmen.

You do not have any products in your shopping cart yet.

xtcModified ©2013 provides no warranty and is redistributable under the GNU General Public License
eCommerce Engine 2006 based on xt:Commerce
Parse Time: 0.529s